No protection against STIs

* Source: effectiveness percentages are taken from WHO (2018)

HOW DOES IT WORK?

Vasectomy is the ligation (cut and tie) of vas deferens. Those vases connect the testicles, where sperm is created, to the prostate, where seminal liquid that accompanies sperm is added/secreted. Semen (sperm + seminal liquid) eventually continues its way through the urethra where it would be ejaculated in case of sexual simulation or intercourse.

When the vas deferens are ligatured, it prevents sperm to move out to the exit! Thus, only the seminal liquid will be ejaculated.

The sperm that are not ejaculated do not accumulate. They are continuously eliminated by the body as they are formed, which is a natural and non-dangerous process. Indeed, vasectomized or not, it is impossible for a man to ejaculate all the sperm produced by the body (reminder: testicles produce millions of sperm per day!).

Concretely, this surgery is performed in a hospital setting by a urologist, under local anesthetic and lasts 15 minutes on average. It involves one very small cut in the scrotum, the skin around the testicles, which will allow the urologist to access the vas deferens.

The days following the surgery, it is possible that the area will be sensitive, a bruise can appear sometimes during a few days. During those days, it is not advised to practice any kind of sports or to lift heavy objects.

The quantity and aspect of semen released remains unchanged since the semen contains only about 2% of sperm. Vasectomy has no influence on the quality of the erection, the sexual desire and the level of testosterone.

After the surgery, it takes on average 20 ejaculations, or a 3 to 6 months wait for the vasectomy to have a contraceptive effect. In the meantime, another method of contraception must be used. After this delay, it is necessary to carry out a spermogram test which is a medical exam to see if there are still any sperm in the ejaculation. Depending on the spermogram result, the patient will be sterile, which means they can have sexual relations without further contraception and without the risk of unwanted pregnancy.

HOW TO HAVE A VASECTOMY CARRIED OUT?

You should see a urologist. This is an opportunity to ask questions and to learn more about the surgery. In Luxembourg, there are no mandatory reflections period to have a vasectomy, the reflections period can then vary depending on the advice or availability of the urologist.

Once the surgery is scheduled, you will go to a hospital setting to proceed to the surgery that lasts fifteen minutes under local anesthesia.

Once the surgery finished, a few hours to few days of recovery may be necessary.

Three months after the surgery, it is necessary to carry out a spermogram, medical exam to see if the semen is sterile, in other words that it no longer contains any sperm. According to the tests results, the patient will be sterile.

WHERE TO HAVE IT CARRIED OUT?

Vasectomy is performed by a urologist, in a hospital setting, on an adult person only. The surgery lasts about 15 minutes and is usually performed under local anesthetic. In Luxembourg, this surgery cost an average between 500 and 1200 €, but this price varies according to the healthcare professional. This contraception is not reimbursed by the CNS.

After the surgery, one or more spermogram(s) are carried out to ensure that there are indeed no more sperm in the semen

Does vasectomy have an impact on sexual desire?

No. After a vasectomy, nothing changes in terms of desire, erection or ejaculation. Desire is regulated by the level of testosterone, secreted by the testicles. This level is not affected by vasectomy, which only involves the ligation of the vas deferens. 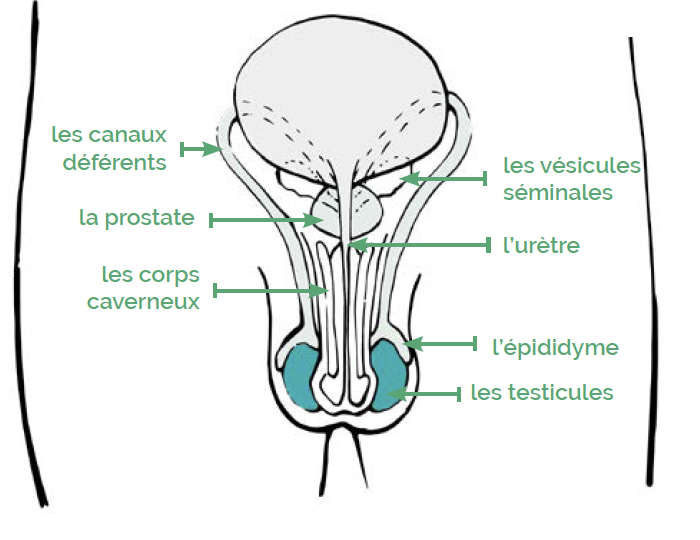 Is it still possible to ejaculate after a vasectomy?

Yes, the difference is that there will be no sperm in the semen. Sperm only make up 1-3% of the ejaculated fluid. It will therefore still be possible to have an erection and ejaculate and the absence  of sperm is not visible with the naked eye: it simply looks the same. The amount of semen does not vary enough to be  noticed.

How long does the recovery take?

It is advisable to rest for 24 hours after the operation. It is then recommended to avoid sport or sexual relations for about a week. Please note: the vasectomy is not effective from the start, you will have to wait at least 3 months to ensure that there are no more sperm in the semen. Use a n additional contraception method in the meantime (e.g. internal or external condom).

Is the vasectomy reversible?

Usually not. Vasectomy is also called “a permanent contraception”, so it is not intended to be reversible. However, it is possible to preserve your sperm before the operation, at your expense. Reversing vasectomy operation, also called “Vasovasostomy”, is possible but expensive and do not guarantee a return to fertility. The success of this operation also varies according to other factors, such as age, time since the operation was done, type of vasectomy, etc. Vasectomy must therefore be considered irreversible.